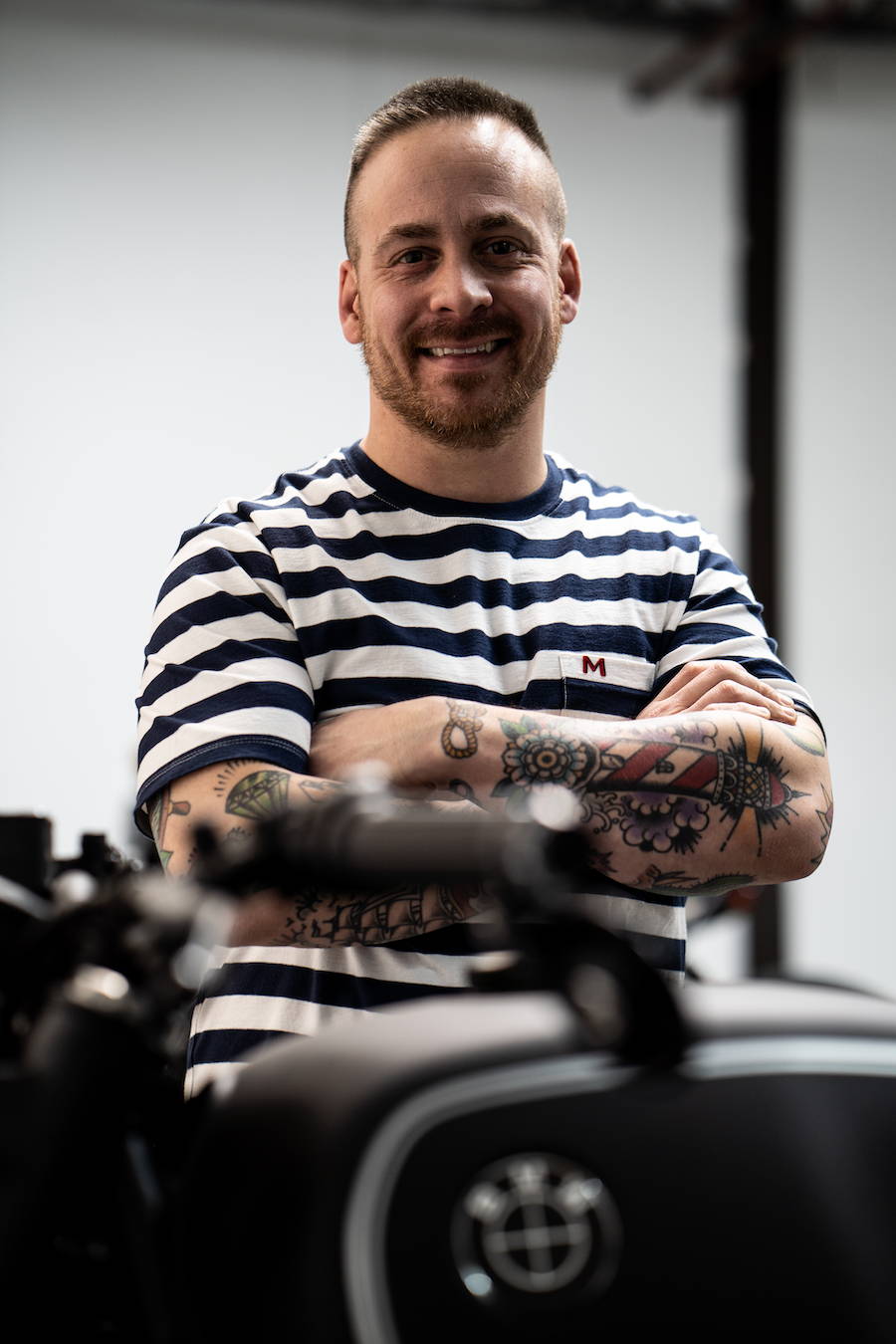 I am Arjan, creative director and founder of the Ironwood Motorcycles custom workshop.

When did you decide to open your own shop?

I started wrenching and modifying scooters & mopeds at the age of 15 and cars followed shortly. People know me as a grease monkey from back in the days.

I studied mechanical engineering and always worked in technical environments like an airbag factory, an after-market cruise control developer and hydraulic/industrial engine/application manufacturers. Having my motorcycle license for a decade now and riding several Japanese super sports in the past years. Knee down became the new standard.
After some nearly fatal accidents and broken bones , I decided to set sail in 2013 for different directions ’’return of the cafe- racer’’. It started as a hobby but turned into business in 2016 when it felt it was time to really do what I love to do.
The unexpected passing away of my dad that year to brain cancer inspired me to quit my day job. He worked 30 years in Automotive. This out of the blue loss (he was not ill at all before) was for me a big life changer, it opened my eyes: life can stop in a heartbeat. He was 63, we were very close and supposed to go to Vietnam together for some weeks but then he was gone. He just missed the birth of my little brother’s son, my new house, my new shop and my son Nolan. Life can be tough for sure but now I’m even more focused and determined!

Where do your customers come from?

Last 3 years we only make to order. Commissioned online on social media, mostly Instagram. The work comes to us happy to say.

We were privileged to work on some international A-list celebrity projects. We did over 100 bikes the past years and the majority was special and unique. For me each tailored project has equal feelings of creating something cool together with the customer.

How would you define your style?

The workshop is dirty and easier to wreck nice clothes so I’m trying not to wear the same outfit to work and private but it deviates a bit. One thing I don’t do in general is wearing new or favourite sneakers to my atelier. Lesson learned haha.

"It started as a hobby but turned into a business in 2016 when it felt it was time to really do what I love to do." 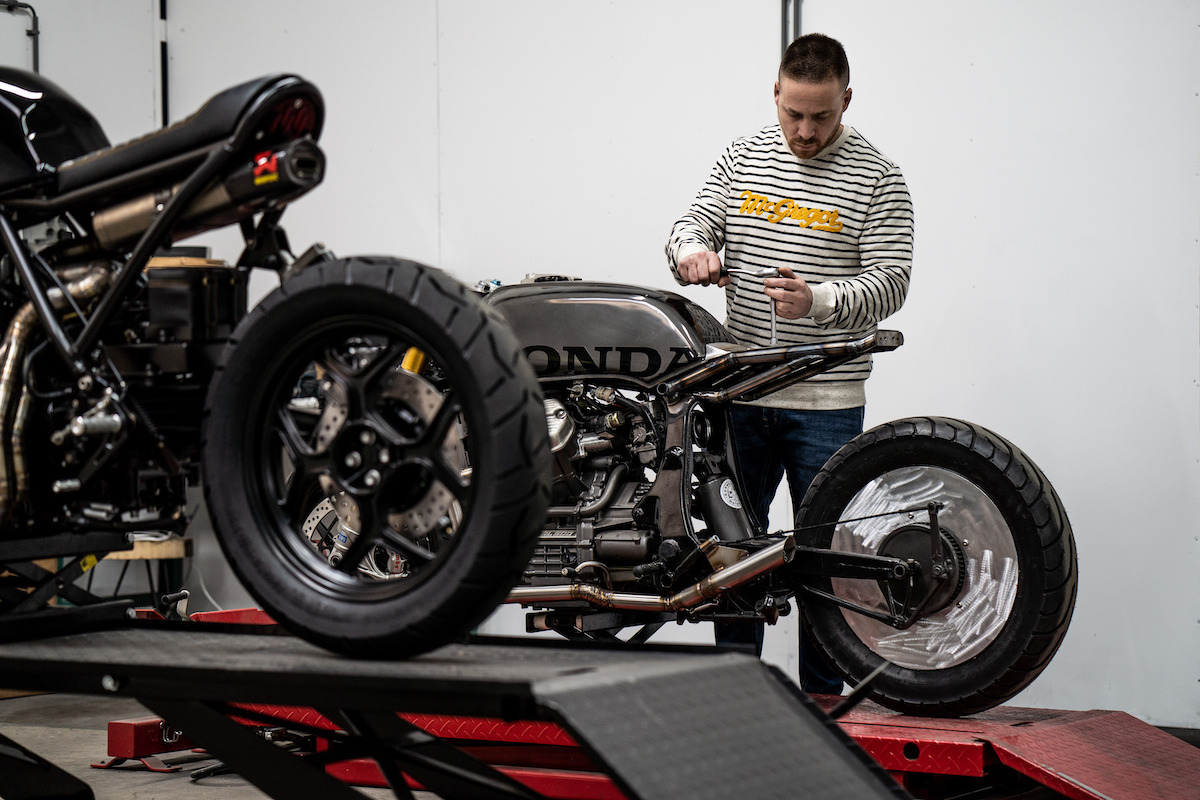 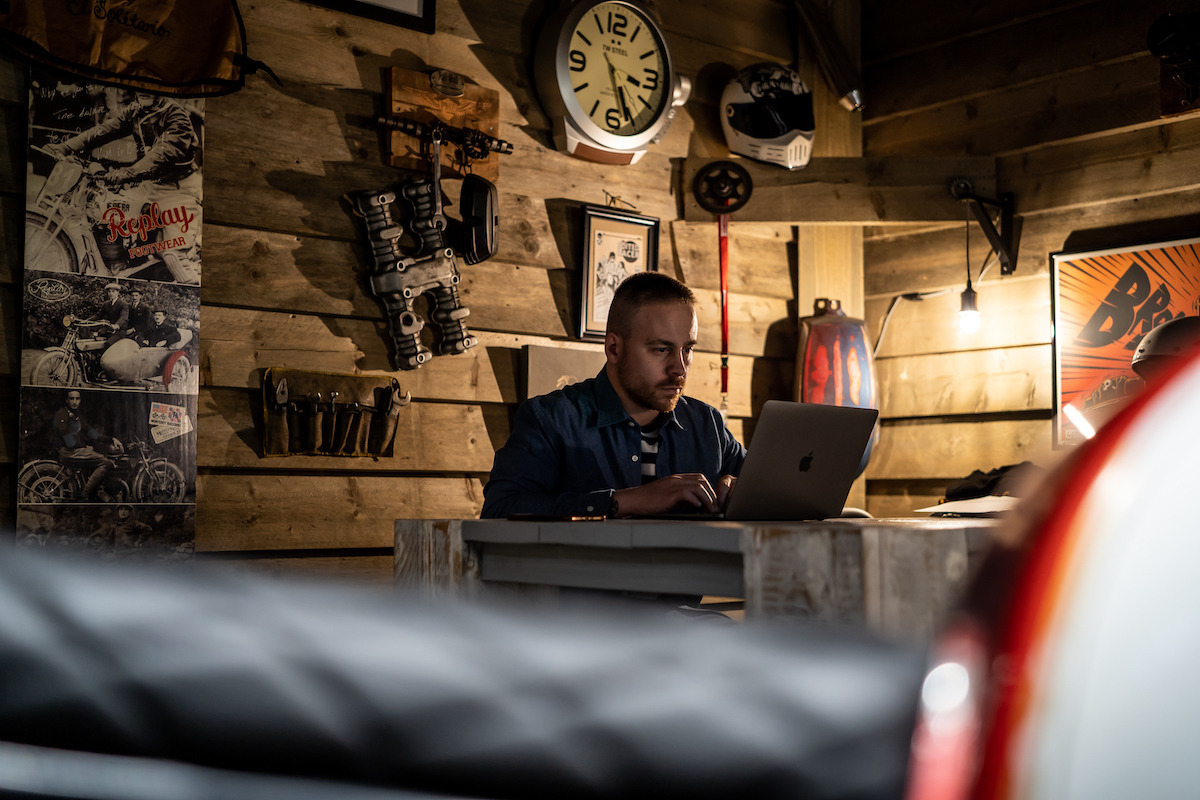 How do you combine work with having a child?

The Covid crisis, how annoying it is, changed my day-to-day routine significantly, for the better. I always had troubles finding the right balance between being an entrepreneur and keeping up with family life. Although my son is my most precious thing in life, work always still came first.
Since this virus is upon us, I start later and come home earlier. I want to have breakfast and dinner with the 3 of us together and put my son in bed each day. All rest I can work around that.

Where do you get your inspiration from?

It comes from anything around me. From food to buildings, materials, travel, drawings and art. My brain is storing it all to let it out at future projects.

Last question. What will you do, first thing, tomorrow morning?

The same thing as every morning: kissing my son good morning.